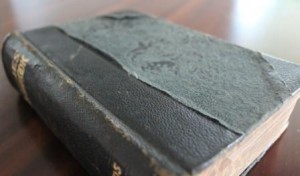 It’s a lovely day outside. The washing’s on the line. The house has been swept clean of the morning dust and the children have been waved off to school. What is there to do, until the next load finishes spinning in the machine and the roast is sufficiently marinaded in the refrigerator?

Could you put your feet up? No, a woman’s work is never done. Shopping list? Already done. Well, maybe the only thing that is left is to head out into the garden and tend to those lovely roses, the ones that are the envy of the neighbourhood. That special fertiliser, your own secret recipe, has to be what does it.

The woman is the unsung hero, without whom the ship that is this household would rather swiftly run aground on the rocks and capsize, swirling in a whirlpool and finally sinking, mercifully killing all souls on board. Or circumstances similar to that. Your family, the neighbours, even whole communities would founder without your existence. You would not be able to deny the warm feeling inside that this role showers upon you as you go about your day as an unassuming goddess of the domestic variety.

However, everyone needs their down time. You’re human like everyone else. Some women head out for a couple of hours of shopping, indulging in the pastime of walking into stores and systematically unfolding the display items. Maybe Bingo would be your poison. Let’s face it, those four walls get cramped after a time, and there’s a whole world out there that’s yours for the taking (between the hours of 9 and 3, anyway).

You have noticed, while indulging in reading the morning paper over your cup of English Breakfast, that there’s a certain lopsidedness to the attention given to particular news stories over others. The exploits of certain members of society, who also indulge in their own little slices of heaven, appear to be considered newsworthy, while others are apparently not as interesting to the reading public. This attention is lopsided, because the majority of those considered newsworthy are the husbands, fathers and fiances of the very community within which you are so very integral.

While much attention is lavished on the exploits of the men, it seems that women once again fade into the background. Oh, every now and then a woman rises to the occasion with something magical. Aunt Thally was a woman who finely honed her tea making skills, and had a penchant for serving her family and friends with tea and cakes laced with thallium. In the end, she was quite well known for it. Aileen Wournos was a woman who knew how to look after herself. She also knew how to put a man in his place, whether that be the boot of a car, the side of a road, the embankment of a stream, the possibilities were endless.

Given what you have to do as a woman to get the attention you deserve, you would be well within your rights to write a sternly worded letter to the Editor.

As you dust off the typewriter your grandmother left you in her will, this could be a perfect opportunity to break out those typing skills you learnt in Secretary School. What better way to celebrate the coming of age of women, in what journalists insist is predominantly a male-oriented pastime than by documenting the stories of those who have gone before you?